Being born and raised in the UK, is to grow up in an environment that doesn’t like to see people show off.  British culture is very much rooted in humility and not making grand declarations that will draw too much attention to oneself. It’s OK to be great but don’t be too loud about your greatness. From a very early age I realised that that wasn’t quite making sense even if I couldn’t quite work out why.  I’m Nigerian, Yoruba specifically, inherently we are a proud and vibrant people. We celebrate ourselves and each other boldly and so to be born in a country where that is frowned upon (unless of course you’re a sportsperson who has won a medal for the nation) is challenging.  To make it more difficult is the constant knowledge that there are unspoken rules which dictate who is allowed to be boastful and who must always be “know their place”.  It was clear and never really hidden that anti-black racism and discrimination and working class prejudice were going to be barriers not only to progress and entry to certain spaces but also to my confidence as a Black woman in the UK.

I grew up watching Black Hollywood or as I call it Amerinollywood films and content from the US in which Black women were given space to boldly declare their greatness. I grew up on Nollywood films and Nigerian music videos in which women were highly visible and never hidden. So seeing that and knowing intrinsically what I was capable of,  I have often felt boxed in as a Black woman in the UK; like the environment in which I am living, though home, wants to contain me but not necessarily let me shine beyond a certain point.  When I first started my business I was extremely gregarious, I knew what I wanted to accomplish and where I wanted to go. I was so full of ideas and energy and light, light that I think has been dimmed slightly along the way but I often find new ways of reigniting that light .  I know I am not alone in this feeling I have often had conversations with other Black women in my network who have wondered whether their best bet is to leave this country.  From my own personal experience the constant questions about what I’m doing, why I’m so active on certain social media platforms, why I’m so intentional about self-promotion have always to me come across as another way to remind me of my place in this society. This is not to say that there are not extremely successful Black women in the UK, but if you look around how many of them are allowed to take up space at anyone given time. In fact I would argue that by allowing this one at a time unspoken rule it not only gives the impression that the UK is “meritocracy” (this is not the case, hard work is not enough) but it makes those of us who are not given a spotlight despite being good at what we do, question whether we’re good enough and so continuing to “work twice as hard” even though we are more than good enough.  As someone who proudly represents Black business owners, mainly but not exclusively women,  I am a champion of ensuring that Black women receive their proverbial flowers. I am also an advocate for not waiting for those flowers to be given to you:

As a Black woman in this country you have to have a strong sense of self. You must rate yourself and give yourself your flowers otherwise you’ll be bamboozled and led astray.

By nature I am a confident person but the environment and society which I have been raised in made me question that confidence many times, I am not necessarily someone who requires a vast amount of attention to validate me in fact I do not require external validation to know what I am capable of. I have the humility of someone who knows that nothing in life is promised and this world is tough but I have the confidence to know that I can overcome – not immediately and not easily but I can overcome. I am not modest about my talents; I know that I am gifted, multi-faceted and that I do not wish to be contained to the limitations of society. I want all Black girls and Black women who read this to know that they do not have to be modest about their talents and gifts either.  It’s absolutely OK to admit that you’re proud of yourself and even if you’re the only one in this moment who recognises it make sure you pat yourself on the back and give yourself the credit that you deserve. So many of us have been conditioned to downplay our achievements and accept the crumbs of opportunity that this country offers us when in fact we deserve more than crumbs we deserve the entire cake with tea.

In April 2014 I was quoted in Pride Magazine (not a cover girl yet but I’m working on it) “Do Black Women Have To Leave The UK To Be Successful?”
Unfortunately I cannot find a link to the full article online but here is an image from the print version. The piece looks at the high number of black women who leave the UK for overseas, in particular The USA to find success.

In the piece I was quite adamant that black women should really be focusing on their countries of origin for love and support, with so many opportunities across Africa and The Caribbean I could see why I said it. Whilst I still think, as members of the Diaspora black women should look to our countries of origin for support & opportunities, I must say that I am now more passionate than ever for Black women to be recognised in their birth countries or their countries of residence. For women in the UK and indeed across Europe struggle to be acknowledged the fight is tough but certainly worth fighting. We do not live in a vacuum and deserve to be given the same opportunities as women from all backgrounds. We should not have to leave The UK to find success. It is a challenge but if we all leave to go to The US who will be left to fight for the equality of future generations. I understand from a business and economics perspective that we must go where success and money finds us, I would never in a million years discourage a Black woman from leaving this country to find her dreams elsewhere but I would love us to keep uplifting each other and encouraging each other to remain here.

What do you think? Do Black Women Need To Leave The UK To Be Successful? 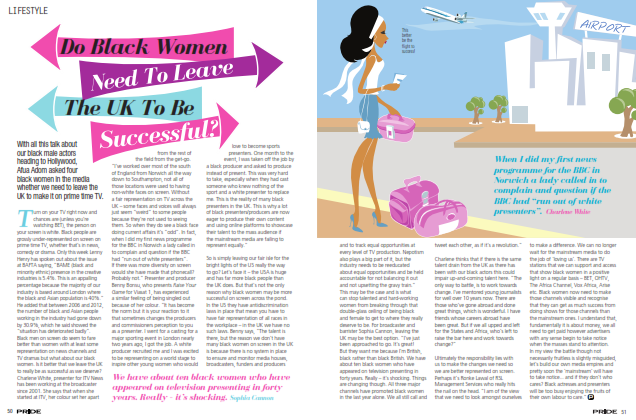 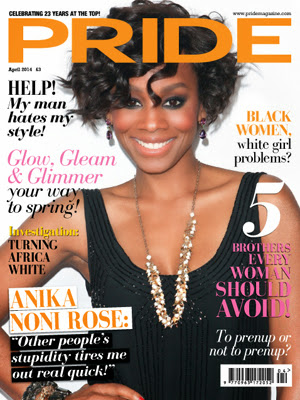