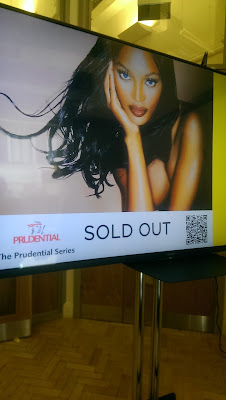 When my photographer friend Seun Shote sent me information about Naomi Campbell’s talk at The China Exchange as part of their Prudential Series, initially I was surprised that I had not heard about it sooner. Being in PR I usually hear about major events (even if I don’t get invited!). The Prudential Series is an opportunity for Londoners to hear from accomplished and often very well-known guest speakers selected by the charity’s chairman Sir David Tang. The speakers share stories from their extraordinary lives and whilst they might not all be directly linked to China they all share the common vision of celebrating excellence which is the China Exchange’s core ethos. The series makes excellence accessible in London and serves to attract people who may not otherwise visit London’s Chinatown or attend a China-related event. Naomi Campbell has worked in China on many fashion campaigns and has a great friendship with Sir David. 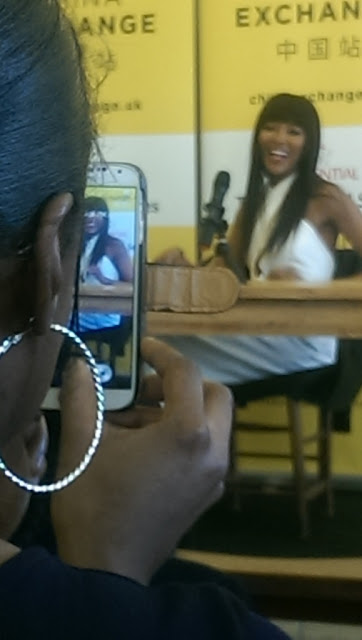 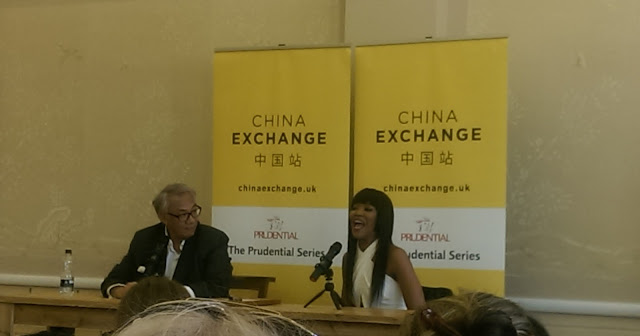 When Naomi Campbell walked into the room there was undoubtedly a warm welcome befitting a national treasure of her status. She has had to cope with a rather arduous relationship with British press which has had her questioning whether Britain is proud of her. Thankfully the audience assured her that we are proud of all that she has achieved. She admitted that many of the opportunities she has been able to have access to have been made possible by her presence in the USA, opportunities that she would most likely not have had access to here. This rang true with me as I know so many creatives who are leaving The UK to find work and success in the US. There is still so much work to do here in terms of diversity and whilst we cannot all leave these shores, the reality is that even though it may not be perfect the US has an environment that seems more conducive to celebrating excellence and addressing the need for diversity. 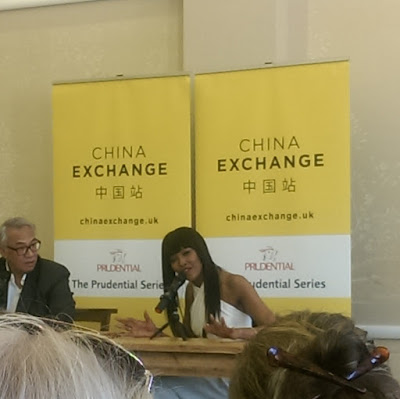 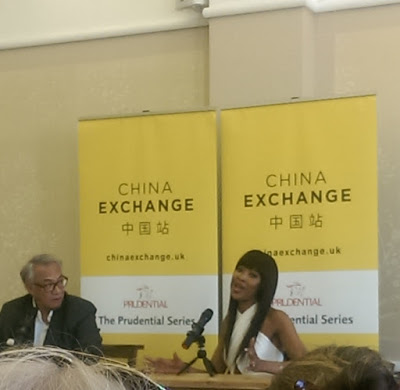 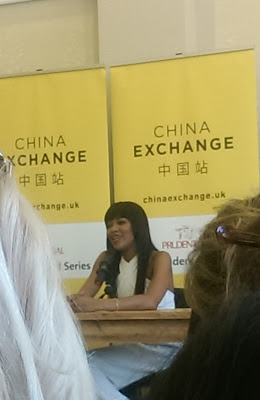 I could talk about Naomi for ages but one thing I will say is that aside from being absolutely stunning she is extremely gracious and humble. This is not to say that she is modest; she recognises her own power, her own greatness but she is also humbled by the many achievements she has experienced throughout her life as “a girl from Brixton”. She is a true inspiration to all who take the time to listen to her, her tenacity and drive to be the best that she can be is unprecedented. When she first started in the industry she was told that she would only last 11 years maximum, at age 45 she has been in the business for 30 years. She shows no signs of slowing down, as she redirects her energy into building her own business brand even further, she mentioned a line of luggage which should be on the market very soon. She is also a firm believer in celebrating others and supporting her network, understanding that what is meant for hers is hers so there is no need to try to compete or bring others down to get what she wants.

Yesterday I had the chance to listen to my #wcw Naomi Campbell. She talked about her life and career experiences coping with prejudice and overcoming so many barriers. This woman is amazing, not only is she gracious but she really is a national treasure. So much wisdom too. Really enjoyed her talk. #greatness #naomicampbell #business #brand #fashion #womancrushwednesday #excellence

As a businesswoman I was inspired and as a black British woman I was encouraged to not give up on my dreams, Naomi Campbell is a truly an inspiration.