I was recently invited to attend the inaugral “Success Talk” featuring June Sarpong, hosted by Success Talks at the Private Members Club, The Library in Central London. Success Talks is founded by Dennis Owusu-Sem who has brought together some of the UK’s most inspirational business and media leaders. It is an organisation which aims to change the mindset of young individuals throughout the UK with a particular focus on encouraging diversity. The high caliber of speakers reflects their mission and this event was a great starting point for their series. 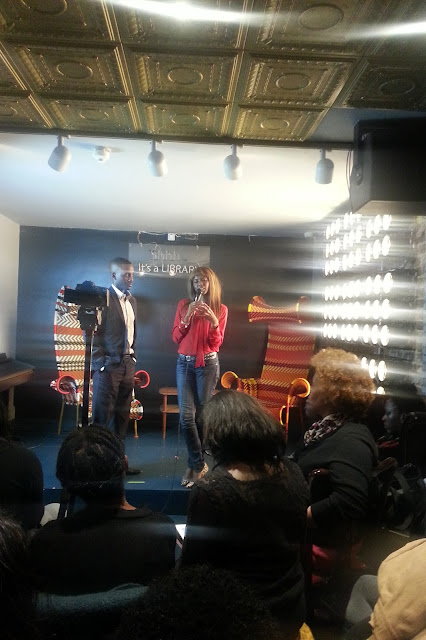 I was excited to get the chance to hear June speak as she was always one of my favourite personalities on British TV and I can honestly say that I have missed seeing her on our Screens. She is now working primarily in the USA in media and enterprise. What struck me was how passionately June spoke about diversity, “How do we create a society that is fair, equal and balanced for all” – one of the things she said which resonated with me the most. Here are a few other lessons that I was able to share via twitter.

Her perspectives on self-belief were encouraging and yet so wise. Don’t let the rejections define who you are but also learn from them, if you are getting told no so many times perhaps find another way to do the thing you really want to do.

When asked about work life balance for women, June was quite frank, stating that women can have it all but not necessarily at the same time, using Anne-Marie Slaughter, the first woman director of policy planning at the State Department as a great illustration of her point.

When asked about diversity in the UK media & television, again June was honest and open about her experiences, touching on the fact that in the past many schemes to improve diversity have been little more than lip-service. She commended Ed Vaizey on his dedication to improving diversity on British screens and encouraged us to monitor his progress.

Overall I enjoyed hearing June speak about her journey to success, her talk served as a reminder to us all that we can achieve anything we set our minds to if we have enough self-belief. I look forward to seeing what’s next from this Great Ghanaian-British gem.