Dstrkt London, a popular night club in central London, has recently faced a serious backlash over the allegations of a discriminatory door policy enforced by promoters, and according to reports some member of staff.

On September 26th 2015 Lin Mei and her friends including,  Zalika Miller, intended to enjoy a fun night out but instead a case of clear cut discrimination ensued after two members of her group said that they were deemed ‘too dark’ and ‘too fat’ for entry at the night club which is situated just off Piccadilly Circus. Messages from Lin’s phone highlighted an exhange between herself and one of the club’s promoters which state that only a certain “type” of woman was welcome in the establishment. This “type” did not include certain members of her group of friends who were not allowed to enter the venue.

A media frenzy has since taken place with the story being covered in The UK and US, as well as celebrities weighing in on the issue, distancing themselves from the venue and a peaceful protest taking place in front of the club a few nights later. 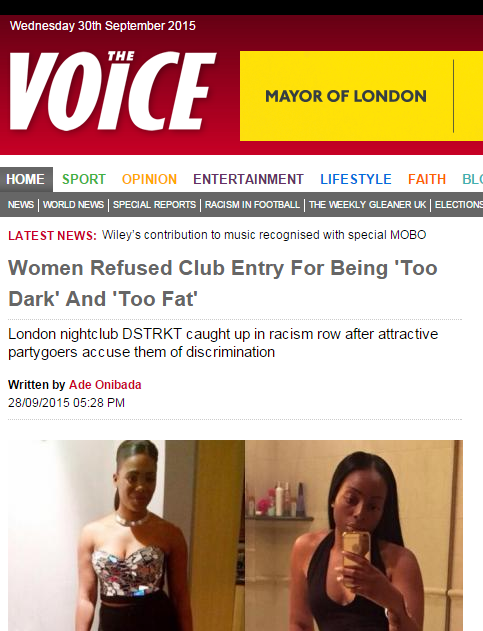 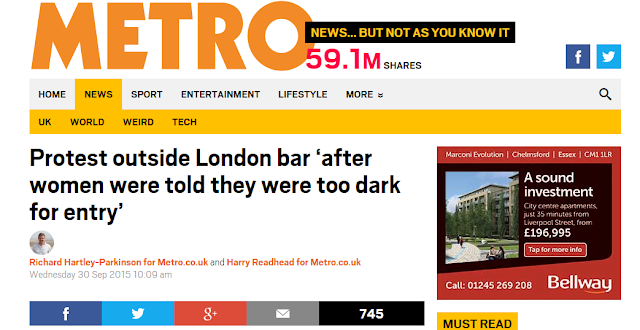 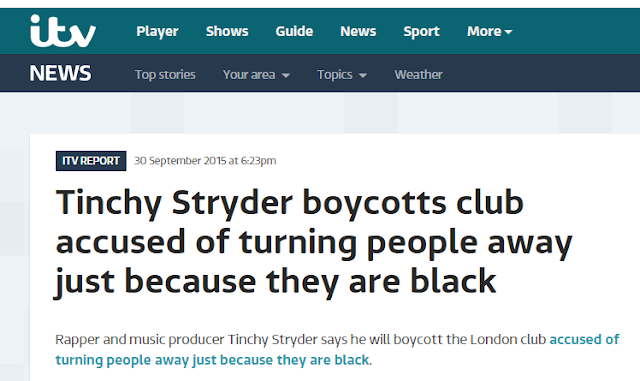 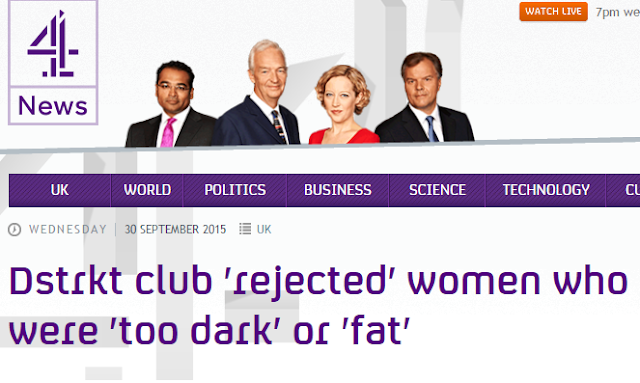 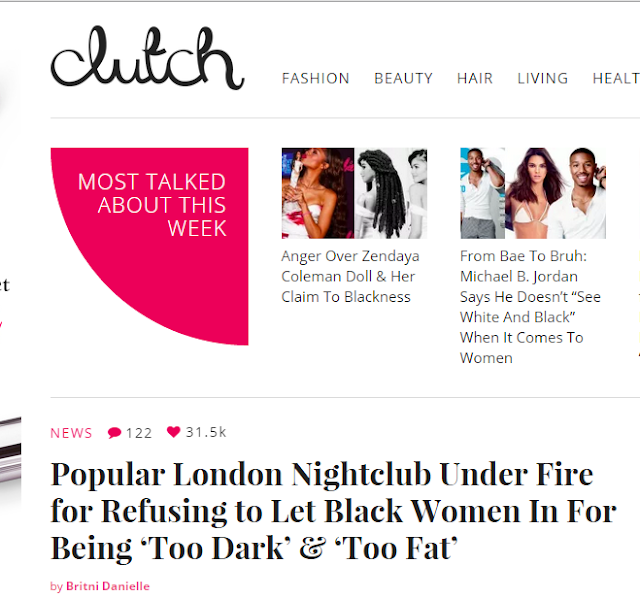 The above media screenshots are just a few examples of the press coverage that I have seen after undertaking a quick PR audit and I am still shocked and appalled by the fact that the club has done little or nothing to address this issue seriously. The Head of PR at the club has stated that “he has nothing to apologise for” after he was approached by The Voice Newspaper and refuses to accept responsibility for these allegation which he considers to be the fault of freelance promoters. Issues of discrimination and prejudice have become almost a standard pattern of behaviour in certain London “Elite” nightclubs and it is far from acceptable in a society which should be encouraging inclusivity and diversity at its core.

There are so many issues at play here which I would like to discuss even further but you simply need to search the #DoILookdstrkt hashtag to understand the level of offence and upset that has been caused by these accusations.

Whilst I am not saying that the steps below will eradicate the issues of prejudice that are ingrained in certain establishments I strongly believe that this could have been handled far better from a business perspective.

Here are a few simple PR steps that any business going through a crisis should follow (feel free to add your thoughts below):

I do hope that this helps some of you out there and I hope none of you face a similar PR disaster, but then again most of you reading this are probably far more enlightened about treating people (of all races) with dignity and respect.