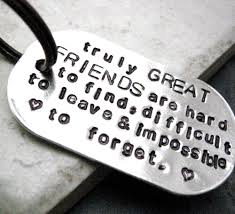 Many years ago someone who I called a friend came to me with a business idea. She had been making a product which friends and family were starting to buy and so she was motivated to start a proper business. No-one would help her, including her life partner, she was lacking in confidence and experience. I really liked her as a friend and liked her business idea so I agreed to help her – she had no money to pay me (but because I liked her and I love marketing I thought I could do this as a gift, as if I was Oprah rich or something…). I helped to re-brand and market the business from scratch in exchange for some products once in a while. I was trying to be a good and supportive friend. I created a new market base and brand identity for her business, utilising a marketing strategy which penetrated a competitive market place quite successfully. I did not ask for money, that was my first mistake. I also did not ask her to sign an agreement, second mistake. Whilst helping her build her business, which I thoroughly enjoyed, she would make comments asking me specifically what it was I did in my business. This confused me as I always made it clear and couldn’t understand what she meant, this was my third and final mistake.

The business grew and so did her confidence, her network grew and her life partner became more supportive, so too were other friends who before that point did not pay too much attention to her business endeavours. At no point did I feel anything but pride for her until things started to fall apart. She asked for investment in her business, as I had worked with her to grow it I invested in exchanged for a percentage share. I received an agreement that made the Magna Carta look like a copy of The Metro! I signed it nonetheless thinking nothing of the fact that I had worked so hard for so long without payment and that this person who I considered at the time to be a friend would be so ruthless.

(Writing this makes me realise how naive I could be all those years ago).

She had to move and so we did more work and caught up virtually but I sensed a real change in her communication and interaction with me. There seemed to be a patronising tone of arrogance in the messages or information requests I was receiving from her. She would become a lot more shrewd and ask me to do more work given I had invested in the business if I was to see a return. I would get paid a tiny dividend at the end of each month which was inconsequential based on the amount of work I did for the company and yet I was still made to feel like I was replaceable at any given moment. It was quite frankly a demeaning, and at times, demoralising experience, I felt used and yet never brought up the fact that I was there when no-one else was. I was beginning to plan a way of withdrawing from our agreement and resigning from her business board. It came easily when I was accused of helping a friend in a similar industry as hers start a new business. Needless to say I used the Get-Out clause in the agreement and got my initial investment back. I didn’t lose too much financially even though I was never paid my worth but I lost a friend as I was never able to see her in the same way after that experience. I have never to this day received a genuine Thank You for all the help I gave to grow her business although ultimately the fact that it is still growing is enough acknowledgement of how I helped. Of course I have forgiven her but we no longer have a friendship in the traditional sense of the word, which is for the best.

I learnt some crucial lessons about business and friendship and myself:
Value yourself and your business – I did not value myself enough if I had I would have given her some basic advice and directed her to a business group or resources for her to do the work herself. This is something I struggled with, recognising whether my marketing services are of value to my clients and thus undervaluing myself. It’s taken time but I have learnt that my services are valuable.
Be ruthless (sometimes) – she was ruthless when things changed for the better for her business and though that style wasn’t for me, I have definitely become more savvy when it comes to dealing with people. Also try not to take things too personally, I know this is a personal piece and it is very hard not to but try to separate business discussions from personal ones.
Sign on the dotted line – I always get an agreement signed now no matter what size the client is! Its crucial for me to get an agreement in place so that there is no confusion.
Listen to instincts– There were signs that things were falling apart and that I wasn’t being appreciated but I ignored them – if I had listened to my instinct sooner perhaps the friendship could have been saved – although to be honest life has been blessed without it.
Clear communication – As a friend its crucial that communication is clear, honest and open at all times.
Forgive – I had to forgive myself and her. At the end of the day I helped her as a “gift” to begin with…a gift of friendship because in all honesty there was no other basis for me working for free for almost a year. If I had not forgiven both myself and her I would be a very bitter businesswoman.

I wanted to share that story for anyone who has ever been in a similar situation. We all make mistakes and that’s OK, but be weary of mixing friendship and business unless you are completely honest and open with yourself and your friend at all times.